Some experts are predicting that the California Real Estate market is getting soft. Based on some recent data, there could be some truth to this notion. While the Southern California region is strong, there were decreases in sales for the San Francisco Bay Area and Central Valley. With low inventory and rising prices, affordability still remains a concern which is likely slowing down sales.

• For the San Francisco Bay Area as a whole, tight housing supplies and low affordability contributed to a fall in pending sales of 9.7 percent compared to January 2016.

• Only the Southern California region posted a year-over-year improvement in pending sales last month, rising 8.1 percent from January 2016 and increasing 10.5 percent on a monthly basis. Riverside County led the region in pending sales, posting a 16.2 percent increase from a year ago. Los Angeles, Orange, and San Diego counties also posted modest year-over-year increases of 7.1 percent, 8.0, and 4.0 percent, respectively. San Bernardino County was the only area within Southern California that saw pending sales lower on an annual basis by 2.8 percent.

It’s important to keep these numbers in perspective as experts indicate that the economic fundamentals of California remain strong. 2017 is still likely to be a good year for California Real Estate, but, the pace of growth could be more gradual.For further specifics, please contact me and I would be happy to speak with you about your specific situation.

Home and condominium sales throughout the San Fernando Valley got off to a solid start during January even as inventory continued to shrink and the median price of condominiums hit its highest level since 2007. The 377 single-family homes that closed escrow last month added up to the highest total for the month since 2013, rising 11.9 percent over a year. Similarly, 136 condominiums changed owners during January, up 15.3 percent from January 2016.

The total also was the highest for the month since January 2013.The condominium median price in January hit the $400,000 benchmark for the first time since February 2007. It has been on a relentless upward drive with January’s condo median 10.3 percent higher than a year ago and up 5.3 percent from December. The median was 3.6 percent below the record high of $415,000 established in 2006. “Rising prices are wonderful for sellers,” said Nancy Starczyk, president of the Southland Regional Association of Realtors. “But higher prices make it tougher on buyers and a growing number of buyers really need help.”

The median price of single-family homes that closed escrow during January was $605,000, up 6.2 percent over a year ago and 5.2 percent higher than the December median and 7.6 percent below the record-high median of $655,000 set in June 2007. Tim Johnson, the Association’s chief executive officer, said the lack of property for sale combined with plentiful buyers fuels higher prices. A total of 1,139 active listings were reported at the end of January. “It’s difficult to believe that 7,000 active listings per month were common last decade,” Johnson said, “and that back in the 1990s there were months when more than 14,000 properties were for sale during any given month.”

If you’re interested in previewing a home and/or would like to know what your current home is worth, please contact me! You can use the contact form on this page or email me at suzan@suzankozman.com

As we suspected, the real estate market continues to be strong across Los Angeles County including the San Fernando Valley. One of the major reasons is the lack of inventory on the market. If you’re thinking about selling, you might be surprised to know how much it’s worth. Feel free to ask me for a free market valuation report on your home today!

Source: Valley housing market off to solid start in 2017

Could this be the future of buying a home? Nobody really know, but, it may be a good way of previewing homes before trying to fight traffic on the 405 or 101 freeways! 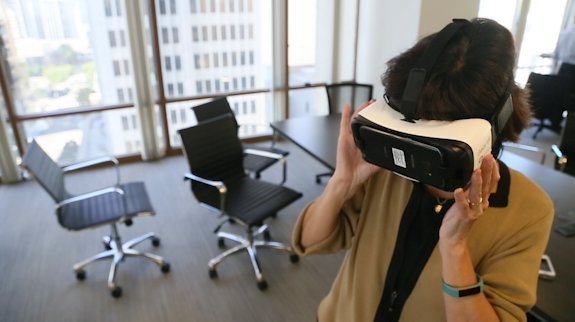 Would you buy a home without ever stepping foot in it?

Source: Virtual reality homebuying is on the horizon – LA Times

Real estate in the San Fernando Valley is hot! Find out how much your home is worth today! I will send you a free report at no obligation. I serve most of the greater los angeles area including West Hills, Woodland Hills, Tarzana, Encino, Sherman Oaks, Calabasas, Northridge, Agoura Hills, Conejo Valley, West LA, and the San Fernando Valley. I would be privileged to be your real estate agent. Visit my website at:
www.suzankozman.com